Thanks to all the readers who have made it out to events in the past couple of months. Here’s a recap of some of the coverage and audio from our New York City panel discussion if you missed it:

– Interview with Devin Katayama of WFPL in Louisville

– After Words on CSPAN-2/Book TV with Marc Lamont Hill

– Interview with Leonard Lopate on WNYC

Articles related to the book have been published in Slate, the Washington Post, and the Atlantic.

My book, Divided We Fail: The Story of an African-American Community that Ended the Era of School Desegregation, will be in stores starting January 29. You can also order it online at sellers like Amazon and Barnes and Noble, or as an electronic Kindle or Nook book.

Here’s a list of upcoming events related to the book:

The forests of the American West are disappearing

Like the hurricane season, statistics suggest the burn season is becoming longer and more severe. A recentstudy of fires on U.S. Forest Service land by Climate Central, a nonprofit research group that reports on the impacts of global warming, found “the first wildfires of the year are starting earlier and the last fires of the year are starting later, making typical fire years 75 days longer now than they were 40 years ago.” Compared to the 1970s, the number of fires covering more than 10,000 acres has increased sevenfold. At the same time, a study published in the science journal Nature Climate Change in September predicted that by the 2050s, forests will experience the worst droughts in 1,000 years.

The result will likely be more fires, but also more beetles, and more trees that just can’t stand the heat. Soon, the landscape of the American West may be unrecognizable. In some cases, trees will regrow, although probably in sparser patches. Some may be replaced by different species. But especially in drier, hotter areas like New Mexico and Arizona, the forests are on course to disappear altogether.

Read the rest on the Atlantic.

Why American schools are resegregating

The hope behind desegregation was that it would bring together white and black children to learn with, and from, each other, and end the disparities that blacks suffered under legal segregation -hand-me-down textbooks, decrepit buildings, lower-paid teachers, and, of course, lagging achievement. In the three decades following Brown v. Board of Education, courts ordered districts to create elaborate student assignment plans–often dependent on forced busing–to mix black, Hispanic, and white students together in the same schools. Most school boards complied reluctantly, and parents in places like Boston reacted violently.

A few educators and parents began to see substantial benefits that changed their minds. “It was really hard to do, but we all came together and over the years it has paid off,” said Carol Haddad, a long-time school board member in Louisville, Kentucky, one of the few districts that has maintained desegregated schools voluntarily despite the lifting of its court order. “We can give equal opportunities to all kids.”

Nevertheless, in most communities forced to try desegregation, the sacrifices weren’t worth the benefits. Parents of all races complained about the hassle of busing and the loss of neighborhood schools, but for black families the burdens were often heavier: Their children tended to spend more time commuting, their own schools were closed to make desegregation more convenient for whites (and prevent their flight to the suburbs or private schools), and their teachers were fired when white and black schools were merged.

Read the rest on the Atlantic or the Hechinger Report.

A deep dive into new teacher evaluations in Louisiana

The Hechinger Report teamed up with the Times-Picayune in New Orleans to look at how new teacher evaluations are being carried out in Louisiana. Some educators are excited about the new evaluations; many others–like the drama teachers pictured above–are nervous, and worry it could increase the focus on testing. One expert worries the new system could lead to lawsuits. Check out the full series here.

Affirmative action and the Supreme Court

As the Supreme Court heard oral arguments in Fisher v. University of Texas, there was a lot of talk about the hypothetical minority student who took the seat away from the white student who sued. Here’s my story about that student on the Atlantic‘s website. And my dispatch from the argument itself.

How Mixed Neighborhoods Could Save America’s Schools 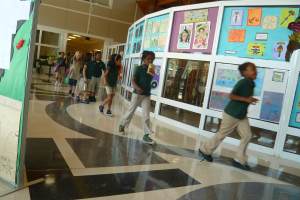 In the 1990s, education reformers began trying to lift the performance of public schools with racially homogenous, high-poverty populations. Charter schools — public schools run by private organizations — became the hallmark of this new approach. But because many charters concentrate on educating the poorest of the poor, they tended to exacerbate racial and economic separation in the public schools.

Instead of attacking poverty, urban blight, and failing schools in isolated efforts, a group of community activists and philanthropists in Atlanta took on all of these issues as one big problem. “We know that concentrating poverty doesn’t work. We know you get bad outcomes when you do that,” says Carol Naughton, the former director of the East Lake Foundation, which orchestrated the area’s revitalization beginning in 1995.

Read the whole story on the Atlantic website, or on The Hechinger Report.

What can the failures of desegregation teach us?

In a New York Times editorial over the weekend, University of California, Berkeley professor David Kirp asks why we’ve turned away from school integration, an education reform that has quite extensive evidence showing it worked: 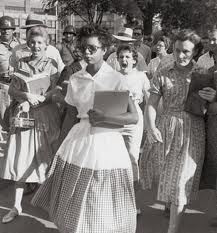 Indeed, during the 1970s and 1980s—the time when desegregation was in full force—the achievement gap closed faster than it ever has before or since. Why did we abandon such a successful intervention? Kirp writes that “desegregation was too often implemented in ham-handed fashion, undermining its effectiveness,” but doesn’t go into detail.

In fact, the “ham-handed” way that busing was done in many cities is part of the reason for its downfall. Black students may have benefited, but there were many sacrifices that came along with busing—and not just long bus rides for black kids. Kirp doesn’t mention how black families viewed desegregation, and the flaws many saw in the way it was framed and then implemented. In reporting I’m doing for a book due out next January, Divided We Fail, I have spent the past few years talking to a group of black families about their views of busing, and why they led a charge against desegregation in their city of Louisville, KY.

The other piece of the puzzle of why desegregation disappeared is the rise of the school choice movement. Others have argued before that the two don’t mix well, and school choice won out.

None of this is to say that desegregation should be considered irrelevant. Quite the opposite. Both its successes and failures have a lot to teach those seeking to reform the public education system today.

Memphis: Teacher evaluations, a high school turnaround and revival of the desegregation debate

I have been remiss in posting new articles recently, but here are links to a series of stories I did after a trip to Memphis last November to see how the city’s education reforms are working, and how the city’s racial history is complicating a contentious merger between the city and suburban school districts.

In a three-part series for the Memphis Commercial Appeal, I looked at the obstacles facing Tennessee’s new teacher evaluation system.

For The Atlantic, I examined how an effort to combine the Memphis city schools with the surrounding suburban district has dredged up the city’s old racial conflicts and may either open up new possibilities or threaten the progress the city has made in its schools.

In India, A College Building Boom

Of 1.2 billion Indians, one third are under the age of 14. Realizing that the youth bulge could be an asset in India’s drive to become a world power, or a disaster that drains its resources and fuels social unrest, the government has responded with an ambitious university building spree. 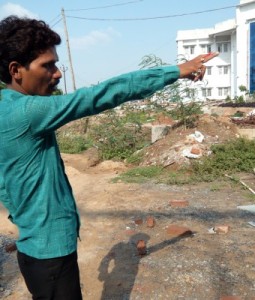 The effort could help India in its economic competition with China and the United States. While the United States may have enough colleges, President Obama has warned that its higher education system is falling behind. Poor graduation rates plague lower-tier schools with the vast majority of U.S. students, even as budget cuts and rising tuition make it more difficult to enter college and to graduate.

Published in the Washington Post. Read a slightly longer version at The Hechinger Report. (This is a part of our ongoing series on higher education around the world.)

By SARAH GARLAND
Blog at WordPress.com.